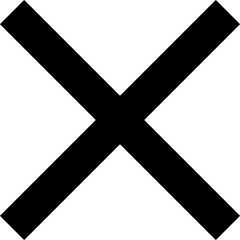 Didier heads the creative industries team. Clients include a broad range of both artists and industry players in these sectors.

His passion and commitment to the creative sector have led him to accept pro bono positions on the boards of several cultural organizations promoting music and the arts.

In property law, she works for different players in the real estate market, covering all civil law aspects, and more in particular issues related to commercial lease, construction, co-ownership, buying and selling of property and easements. Since 2005, she has been appointed as a deputy judge in Brussels (Etterbeek), the jurisdiction, competent for, among others, all matters related to lease agreements and co-ownership. Because of her involvement in the real estate part of due diligence procedures, she gained particular knowledge on soil pollution.

In (international) business law, she focusses on distribution, agency and franchising, both litigation and advisory work. She acts for principals as well as agents; franchisors as well as franchisees. A lot of her work relates to the Belgian Act of 1961 on unilateral termination of exclusive and quasi-unilateral distribution agreements concluded for an indefinite term, since 2014 incorporated in the Code on Economic law, book X, title 3.

Dominique is a fierce proponent of alternative dispute resolution. She is a licensed mediator and holds a certificate in collaborative negotiations. Since she is fully bi-lingual in Dutch and French, she is frequently appointed by the CCAI (Chambre de Conciliation, d’Arbitrage et Médiation en matière Immobilière) to intervene in real estate disputes.

Jan focuses on commercial and trade law as well as dispute resolution in general. He assists a diverse local and international clientele, a.o. in drafting and negotiating various types of commercial agreements. He also has extensive experience as a litigator, representing the interests of clients before courts, tribunals and arbitration tribunals.

Jan’s expertise is in transport law & logistics in the widest sense. His engagement in different social and economic organizations gives him a wide range of general knowledge and insights that go beyond the strictly legal and which add value for his clients.

He advises Belgian and international clients and represents these clients before the courts or in formal or informal restructuring procedures. Michiel also drafts and negotiates merger & acquisition contracts.

Michiel receives regular appointments as a bankruptcy trustee, liquidator, or provisional administrator from the Commercial Court. He was an insolvency practitioner appointed by the court in the bankruptcy proceedings of the three Belgian entities of the DUSSMANN Group, SSANGYONG BELGIUM, and COOL CAT BELGIUM.

In 2005, Inge co-founded an artist management company and for 15 years guided careers of both platinum-selling musicians and emerging new talent.

In 2019, Inge joined the State Bar of California and mans our US office in Los Angeles. She counsels clients across the creative industries and provides both transactional and litigation support.

Maarten has advised companies for many years, focusing on companies in the construction sector and companies in financial difficulties. His in-depth experience covers the whole range of legal and commercial tools such as negotiations, arbitration, reorganizations, bankruptcies, and other forms of (insolvency) mechanisms. He combines those with a pragmatic approach, strong commercial and human insight to find the best tailor-made solution for you and your company.

The courts of Brussels and Ghent regularly entrust him with the liquidation of companies as a bankruptcy liquidator or judicial liquidator. In addition, he is frequently appointed arbitrator by the Arbitration Institute in construction and real estate disputes.

Maarten has gained experience in a mid-sized Brussels law firm and works in Dutch, French, and English, and has a working knowledge of Spanish.

After gaining broad experience in general business law and real estate law, Ellis Vandorpe joined Modo in 2018. In the creative industries and not-for-profit sector, Ellis mainly handles general business and commercial law cases. In our real estate practice, she focuses on lease, construction, and alternative property management forms, such as co-housing and temporary use of vacant buildings. By combining her know-how across different legal domains, Ellis assists our clients in a cross-section of industries with both transactional matters and litigation.

This website uses cookies to improve your experience while you navigate through the website. Out of these, the cookies that are categorized as necessary are stored on your browser as they are essential for the working of basic functionalities of the website. We also use third-party cookies that help us analyze and understand how you use this website. These cookies will be stored in your browser only with your consent. You also have the option to opt-out of these cookies. But opting out of some of these cookies may affect your browsing experience.
Necessary Always Enabled

Performance cookies are used to understand and analyze the key performance indexes of the website which helps in delivering a better user experience for the visitors.

Analytical cookies are used to understand how visitors interact with the website. These cookies help provide information on metrics the number of visitors, bounce rate, traffic source, etc.

Advertisement cookies are used to provide visitors with relevant ads and marketing campaigns. These cookies track visitors across websites and collect information to provide customized ads.

Other uncategorized cookies are those that are being analyzed and have not been classified into a category as yet.